By the support of the Engineering Association for Development and Environment-EADE and the supervision and follow-up of the Ministry of Education and the Directorate of Education in Nineveh and arbitration of the programming experts at the Northern Technical University,
Al-Mobdeoon Private School organized the ceremony of

(The Programmer of the Future Competition)

(The first software competition in Iraq for ages under 18)

The ceremony held in 24,11,2019 at the Qantara Cultural Hall – Mosul – opposite Mosul University

The purpose of the competition is to keep pace with the technological development and advancement of the electronic reality in Iraq, where the school had previously announced in 23/5/2019 for the establishment of a competition entitled (programmer of the future) and that it has been opened for nomination students programmers who have experience programming for languages ( Python ,Scratch , C++ , Arduino) For ages under 18 years. 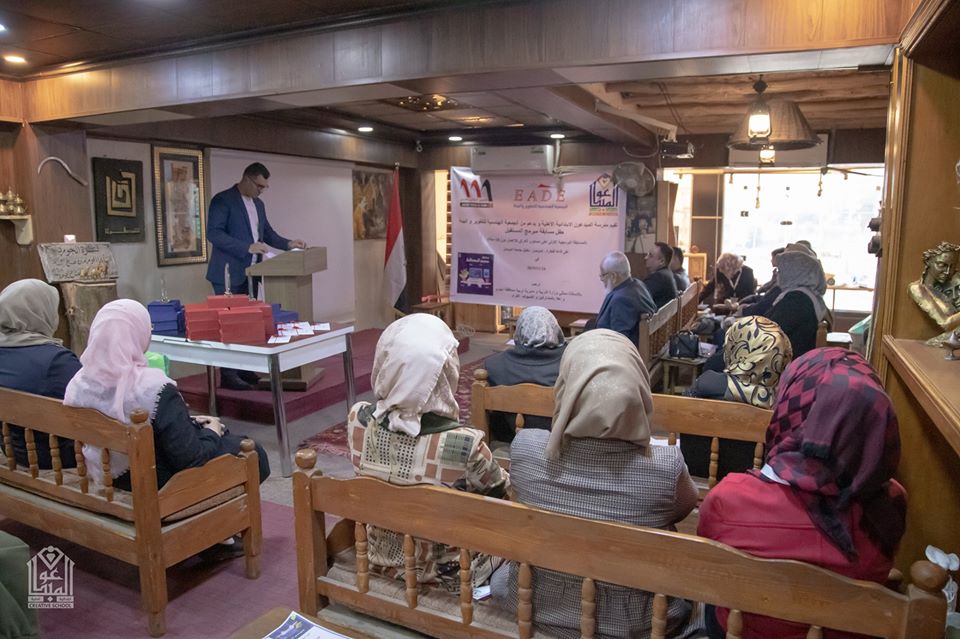 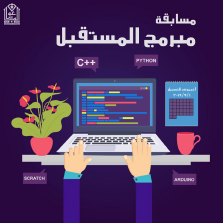 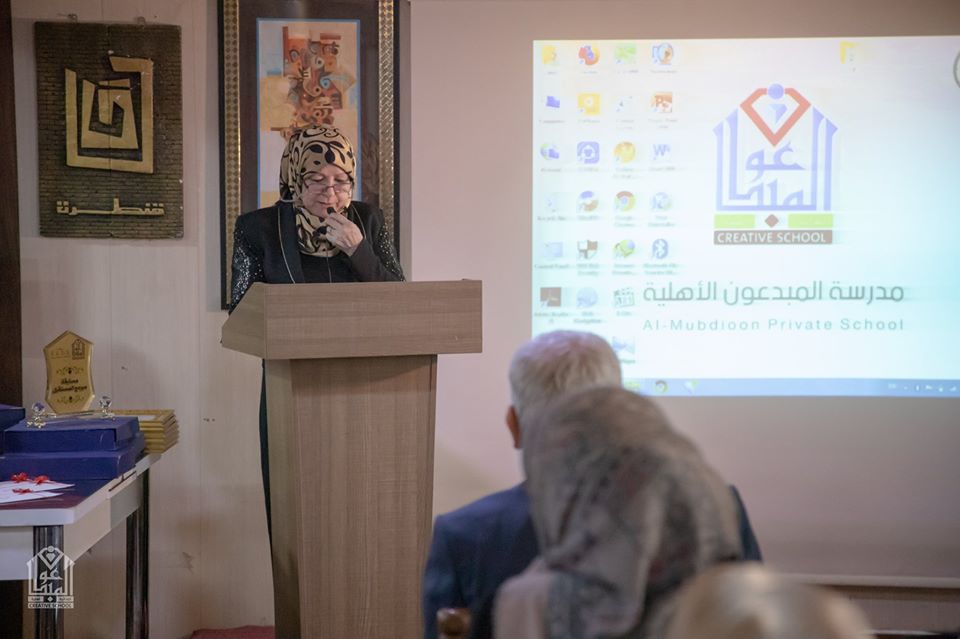 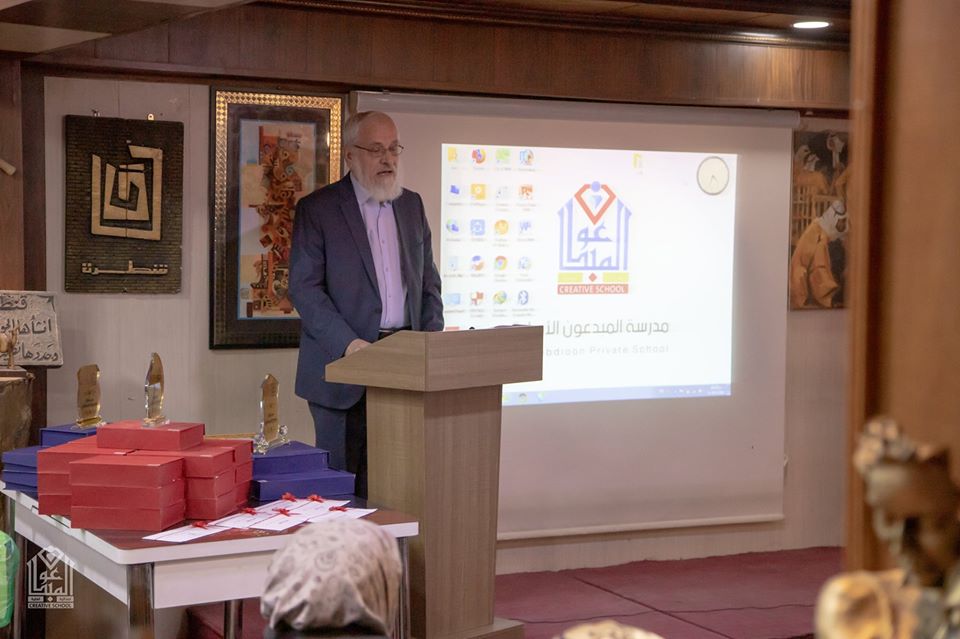 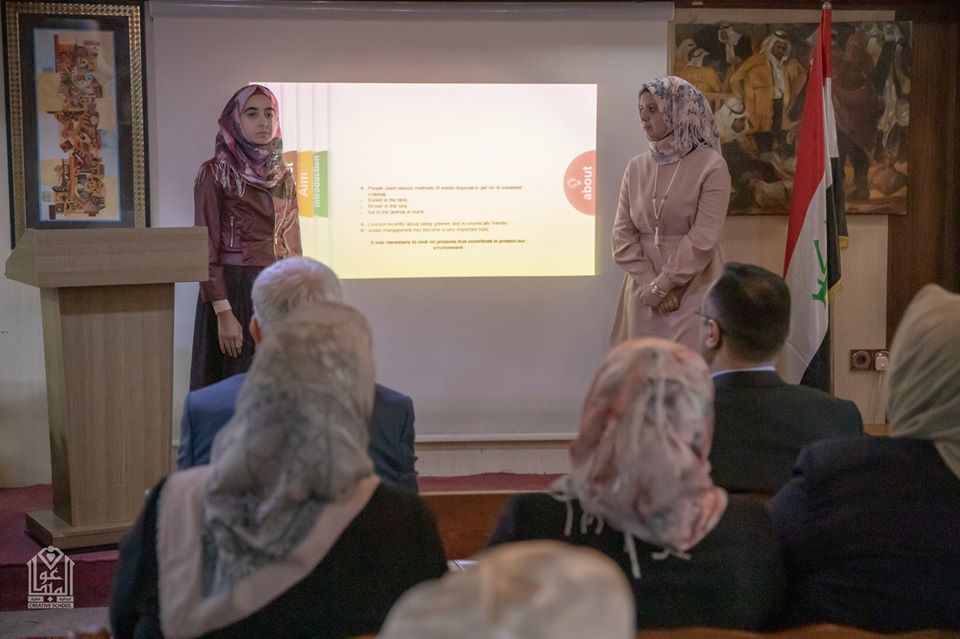 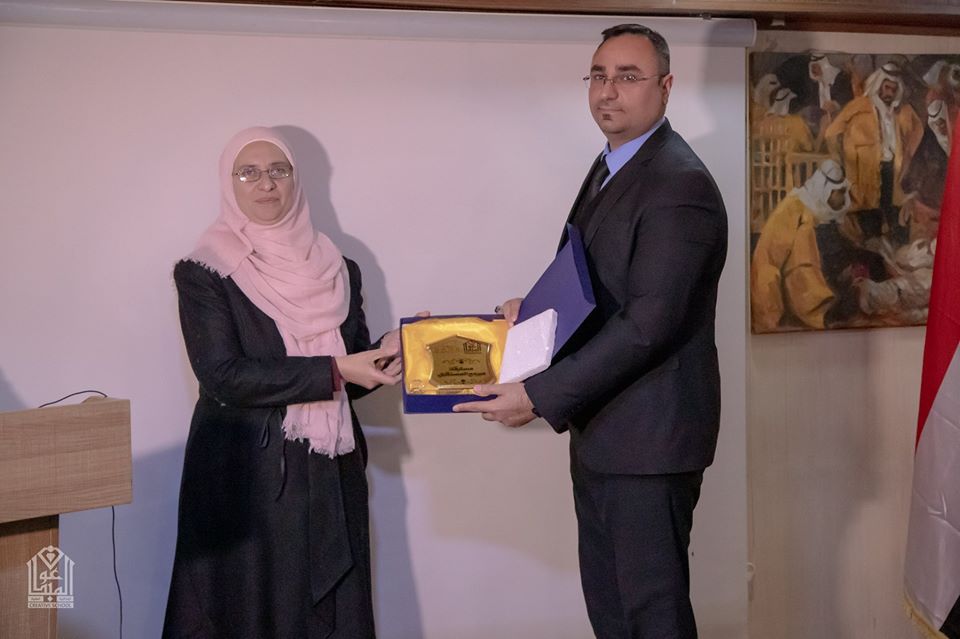 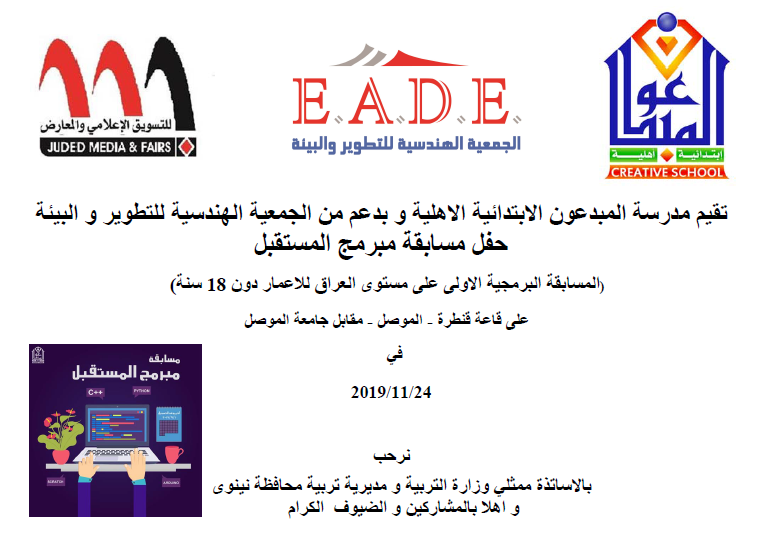